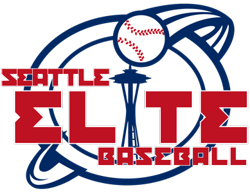 Who We Are
Seattle Elite Baseball is the leader in competitive select baseball in the Pacific Northwest. We host leagues and tournaments for ages 8 - 18.

Our Mission
The mission of Seattle Elite Baseball is to provide a competitive summer baseball atmosphere between teams and organizations with like-minded principles.

History of the Seattle Elite League
Founded in 2010, the Seattle Elite League started play in the summer of 2011 with a 12-team 16U league. In 2012, the SEL expanded to four leagues of 12 teams each, spanning the ages of 14-18. 2013 saw more expansion, with a 13U league starting up along with more teams being added to the older four age groups. In 2014 & 2015, we continued to make our mark in the Pacific Northwest baseball community, growing to have 143 teams across six leagues in 2016. We now have upawards of 200 teams participating in our leagues annually.

History of Seattle Elite Tournaments
In 2012, Seattle Elite Baseball launched a series of invitational tournaments to supplement our league. We ran our Elite Invitational Tournaments from 13U - 18U from 2012 - 2014 with tremendous success. We have since taken over operations for prestigious Pacific Northwest events such as the Art Wright Memorial Day Tournament, the Baden Northwest Invitational and the Lee Johnson Wood Bat Firecracker.

Seattle Elite Baseball - Today & Tomorrow
Seattle Elite League - We continue to grow every year, expanding to the youth ages. Our leagues now span the 10U - 18U age groups. We also added a Gold and Silver division to our 13U & 14U leagues in 2018 in order to maintain competitive balance.

We have partnered with organizations known for their competitiveness on the field, organizational stability as well as their reputations in the baseball community.  We are proud of the organizations that make up the Seattle Elite Baseball League and are committed to growing with them into the future.

Seattle Elite Tournaments - We will continue to run our Elite Invitational series, along with the Art Wright Memorial Day tournament, Baden Northwest Invitational (mid-July) and Lee Johnson Firecracker Tournament (4th of July weekend). We hosted over 500 teams in our tournaments in 2019.